these wearable pieces act as switches, passing signals to four different Arduino pins in order to trigger programmed events during a live performance. the signals can be sent by holding either of the hand pieces to any of the other pieces (one of the knee pieces has 2 possible connections, the rest have 1). the Arduino module then sends the readings to Max 8 to trigger changes in sound. 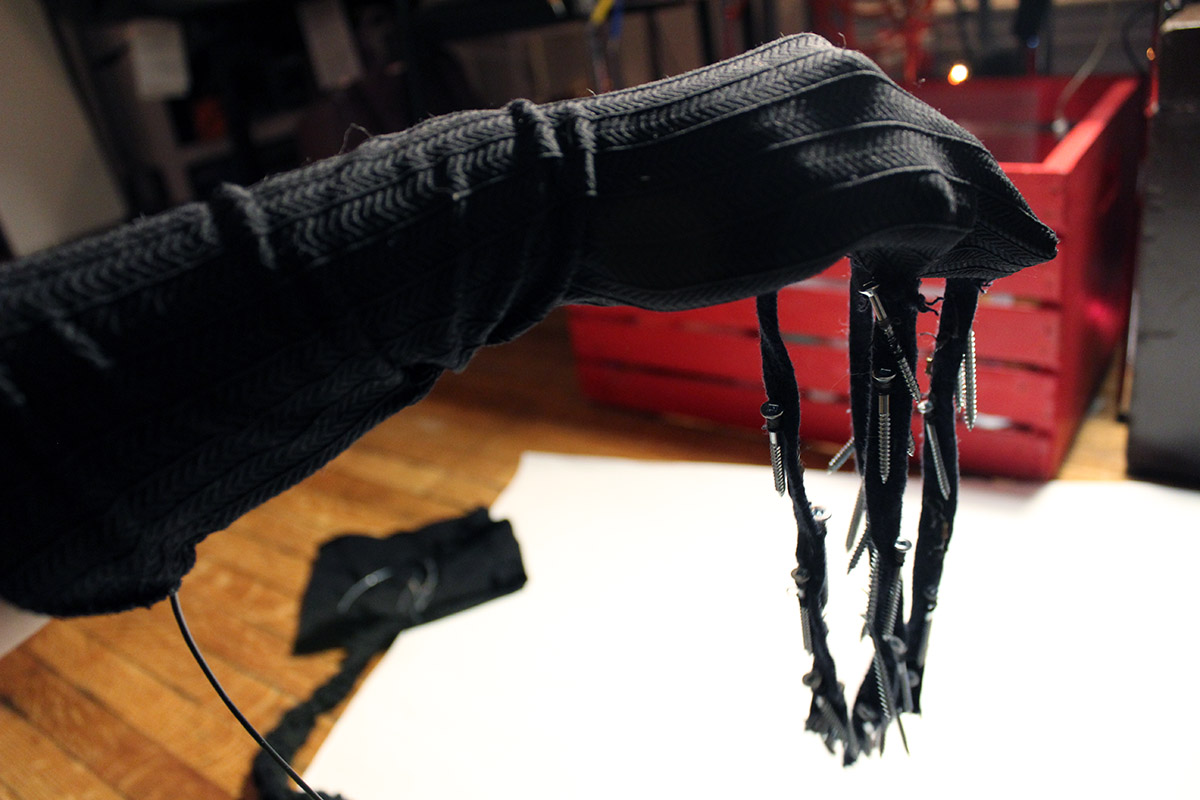 The placement and features of the wearable parts puts the performer in a defamiliarized state in relation to their body, and encourages exploration of their new appendages as well as examination of their old movements. For this programmed piece, synchronized connections of body parts trigger the transition between entirely different sonic environments, bringing focus to these moments of unity, and the positioning of the body in these transitional states. 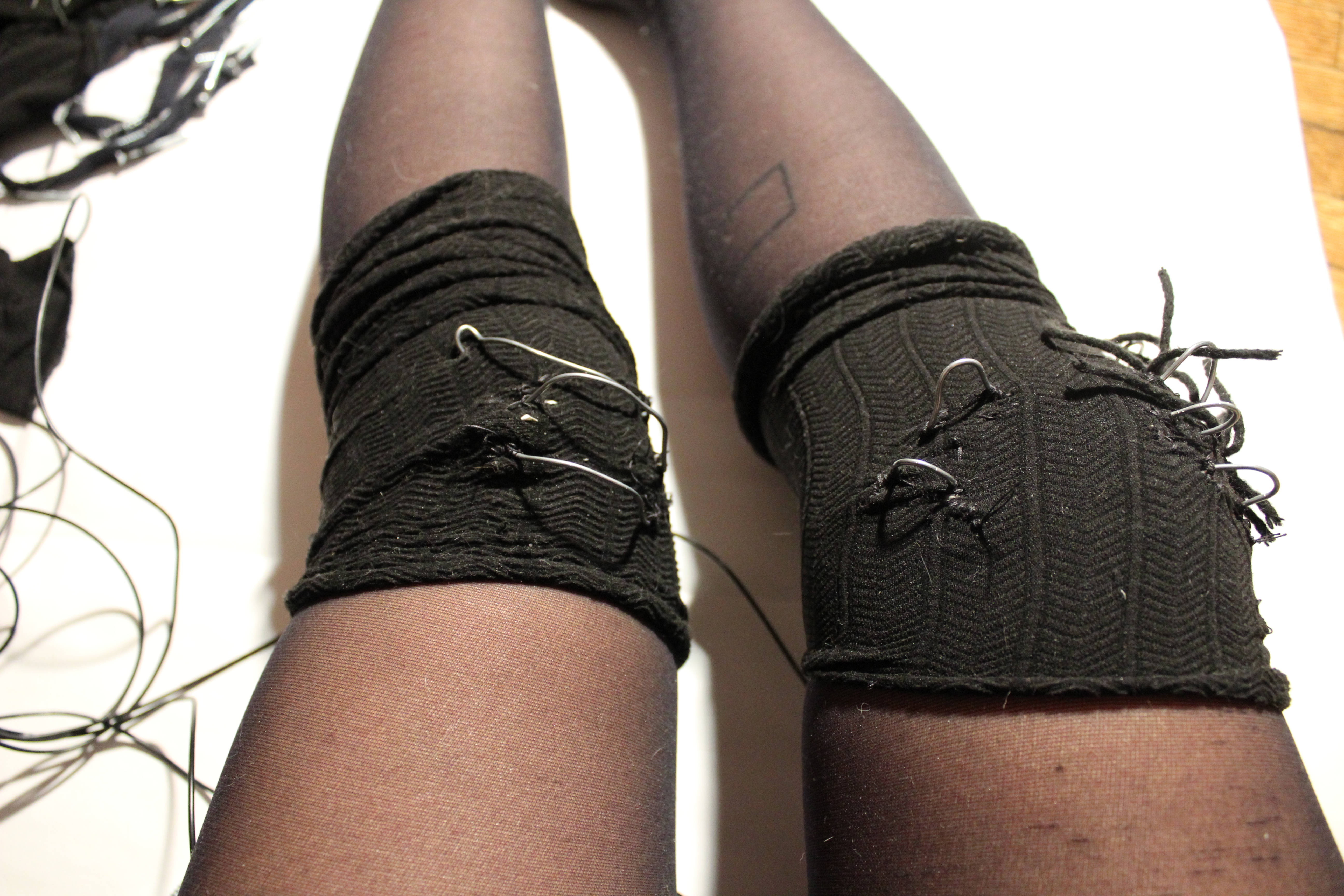 After testing, I found that I would get tiny shocks from having my bare skin exposed to the metal pieces, so I added a layer of tape (yes, this was after looking up if you could accidentally defibrillate your heart with a 3.3 V battery. You can't). I also added some resistors to some of the longer circuit sections between the conductive screws, so that depending on the point at which the circuit made contact, a different effective resistance would vary the current and reading sent to the Arduino- in the future, these could be used as analog sensors instead of on/off switches.

The "receiving" parts (knees, face) were then attached to a PCB using their lead wire, where they were soldered to pull-down resistors and connected to their respective Arduino analog input pins. The "sending" parts (hands) were attached to the positive terminal of the battery using their lead wire. I could have just used an Arduino pin to send a signal out instead of using a battery, but I was convinced earlier on that I could have a wireless glove set up by using the battery (it didn't work, of course). 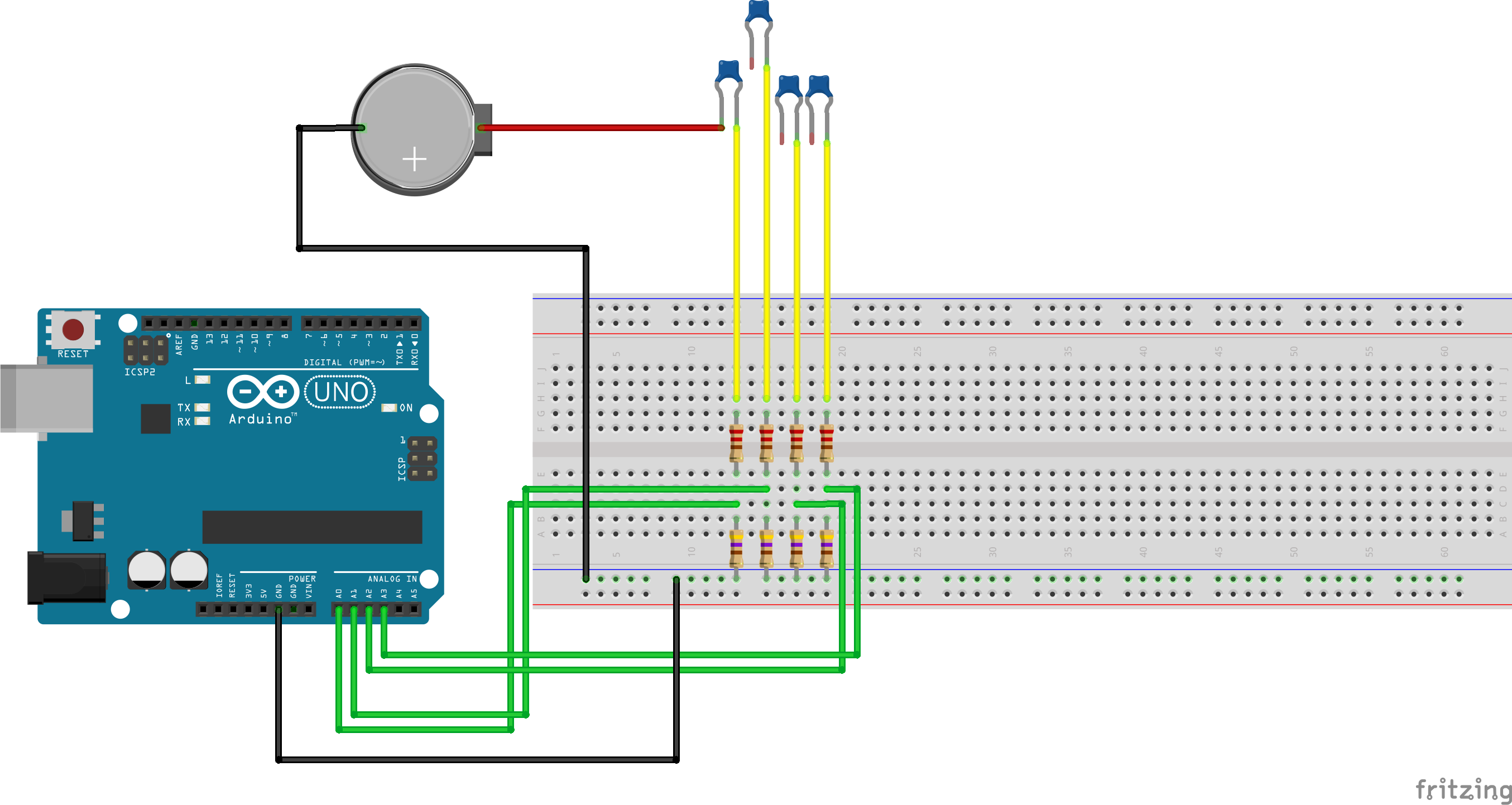 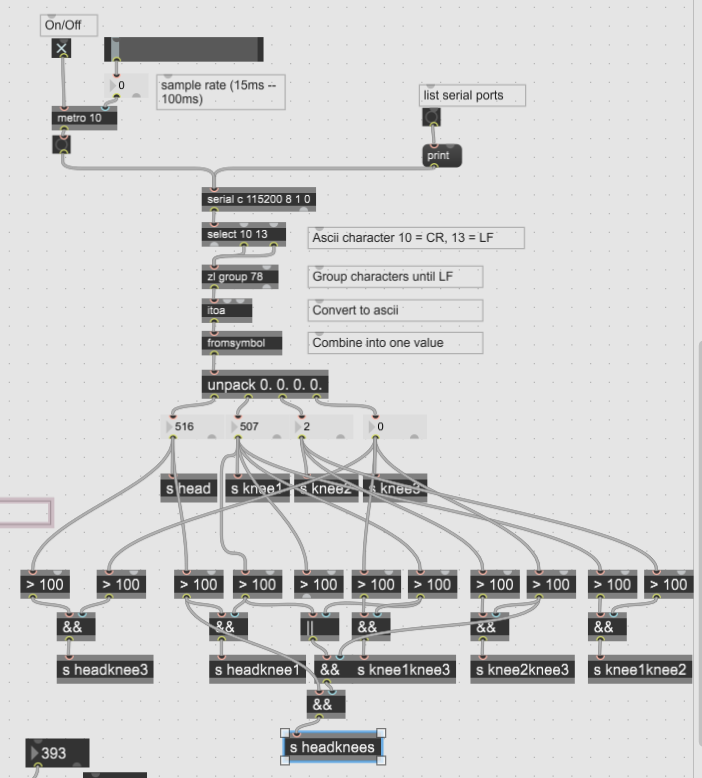